The Mythical Autolycus and Iolaus

All information taken from Robert Graves' The Greek Myths.

Autolycus
Autolycus, traditionally, was a master thief. ("Our" Autolycus is, of course, the King of Thieves. So at least that much is the same.) However, while "our" Autolycus is more of a jewel man- often the ones with curses on them- Mythical Autolycus seemed to have a thing for cattle.

Backing up a bit, he was born to the god Hermes and the mortal Chione. He also had a twin brother Philammon, fathered by Apollo (apparently Chione was popular on the party circuit) and, depending on whose version you read, either he or Harpalycus taught Heracles to box. (In other versions it was wrestling, not boxing. Not sure if that makes a difference. Wrestling, boxing, tae kwon do....) It wasn't just skill that led him to become a master thief- Hermes gave him the ability to transform whatever he stole into something else, so he couldn't get caught with the loot.

Sometimes, apparently, that wasn't enough. Autolycus frequently stole from the herd of Sisyphus (in the Xenaverse, the guy who tried to cheat Death, "Death in Chains"). While Sisyphus noticed that his herd was getting smaller and Auto's was getting proportionately bigger, none of the cattle looked like his, so he couldn't prove anything. Being no dummy, Sisyphus engraved the inside of all of his cattle's hooves- with SS, or "Stolen by Autolycus". The next time Auto did some liberating, Sisyphus followed the cows' footprints with the stamp in the middle, all the way to Auto's farm. There, in front of witnesses, he checked the cattle's hooves and, sure enough, they were his. While Autolycus was preoccupied with angry witnesses, Sisyphus slipped out back and seduced Auto's daughter Anticleia, wife of Laertes. She later, from this, gave birth to Odysseus the Terminally Lost. Autolycus actually named Odysseus- he came to visit the new "parents" in Ithaca and, when asked by Anticleia to name the child, said:

"In the course of my life I have antagonized many princes, and I shall therefore name this grandson Odysseus, meaning The Angry One, because he will be the victim of my enmities. Yet if he ever comes to Mount Parnassus to reproach me, I shall give him a share of my possessions, and assuage his anger."

Odysseus did visit Autolycus when he came of age, and in the course of the visit was gashed in the thigh by a boar. Auto looked after him and gave him the promised gifts.

One of Auto's Adventures in Cow Rustling inadvertently led to another man's death. Heracles had entered an arching contest to win Iole, the daughter of Eurytus, and won easily. This annoyed Eurytus to no end, especially when he learned that Heracles had discarded his previous wife Megara (more on that in the Iolaus section) after murdering her children. He refused to turn over Iole, accusing Heracles of cheating, and drove the demigod out. One of Eurytus' sons, Iphitus, disagreed with his father's decision. Meanwhile, 12 horses and 12 baby mules turned up missing from Eurytus' flock- guess who? Autolycus changed their appearance and sold them to Heracles. Apparently the Mythical Heracles wasn't the sharpest tack in the box.

Iphitus, the disagreeing son, followed the tracks of the missing animals to Heracles' farm. Not wanting to accuse the man outright, Iphitus asked his advice on what to do. Heracles offered to help search for the horses et cetera if Iphitus would be his houseguest. However, later he realized that Iphitus suspected him of stealing the animals, and- apparently distraught by the implication- took Iphitus to the highest tower in the farm and demanded if he could see the horses anywhere. When Iphitus said no, Heracles tossed him off the tower.

The last bit of information on Autolycus concerns Jason and the Argonauts. When the Argo reached Sinope in Paphlagonia, there were empty seats on the benches, and Jason recruited the brothers Deileon, Phlogius, and Autolycus of Tricca to fill the boat. The three had accompanied Heracles on his trip to the Amazons, and had been separated from him by accident and had subsequently stayed there. However, this very well may be a different Autolycus (different brothers, and the book made a point of saying Autolycus of Tricca. Incidentally, I don't believe they ever say where Autolycus 1 was from, although I could be wrong- the world is full of possibilities). 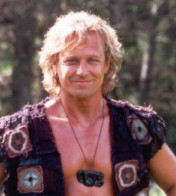 Back to Essays & Info